There have been a number of compelling reasons for this, the most critical being the opportunity to eliminate potential software and foot pedal compatibility issues.  Other reasons have included improving workflow integration, brand loyalty, and possessing historic familiarity with the brand product. 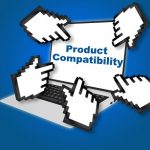 Times have changed and attitudes have shifted.  While manufacturers worked at finely honing proprietary components (consider the collaboration between Olympus, Philips and Grundig in developing the most widely used digital audio file format, the proprietary .DSS), end users, such as transcriptionists, clamoured to have their voices heard.

Transcriptionists wanted something simple, inexpensive, and effective; something which would work across multiple and disparate platforms, reflecting the changing nature of their work in today’s fast-paced and multi-faceted environment.

If your application supports control via keyboard commands, then you can use the RS-28H foot pedal for hands-free control.

Foot pedal compatibility with transcription software is no longer an issue

What’s more, the RS28H , in conjunction with the FTSW Tool, can be used with third-party applications in both Windows and Mac environments. 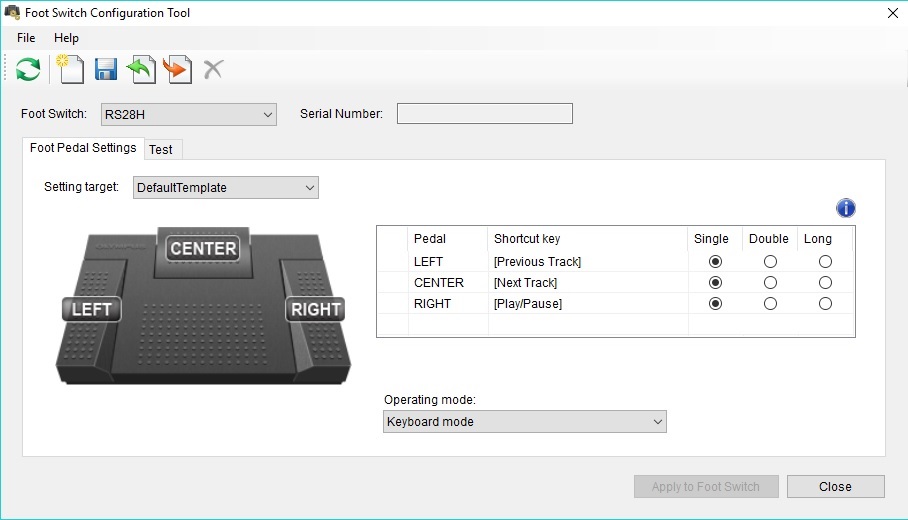 Transcription software such as NCH’s Express Scribe Professional, Philips SpeechExec Pro and SpeechExec Standard, Winscribe, For The Record (FTR) and Karisma, can all be used with an Olympus RS-28H foot pedal, in conjunction with the FTSW Tool.

The release of the new Olympus foot pedals and the free configuration tool has fundamentally reset the transcription software and foot pedal compatibility dynamic.

The FTSW Tool is not just for transcription applications.  The FTSW Tool can be used with most apps that support control via keyboard commands, enabling hands-free control.

For use with most non-Olympus applications, the configuration tool is simply set to “Keyboard” mode

If you want a foot pedal that is compatible with most third-party applications, is simple to use and configure, inexpensive and robust, then look no further than the Olympus RS-28H foot switches.  They will revolutionise, AND simplify your world!